Sidewalk Labs is Alphabet Inc.'s urban innovation subsidiary. The company has unveiled a detailed plan to transform part of Toronto's waterfront, and hopes to start by 2021 pending city approval.

The document, even in draft form, solidifies the company's thinking. It also gives Toronto residents the first clear picture yet of what a smart neighbourhood spearheaded by Google's sister company might look like. Below, the team has summarized the key takeaways from the document.

"Our proposal aims to do something extraordinary on Toronto's eastern waterfront — create a new model of inclusive growth, where cutting-edge technology and forward-thinking urban design combine to achieve an ambitious improvement in every aspect of the way we live." - Sidewalk Labs CEO, Dan Doctoroff

Sidewalk Labs' MIDP reveals that the company wants to expand beyond the Quayside development and says the 12-acre site is only Phase 1 of its plans for a much larger area of waterfront. The company is currently proposing two smart neighbourhoods - Quayside and Villiers West - that will exist inside a broader area called the Innovative Development and Economic Acceleration (IDEA) district. 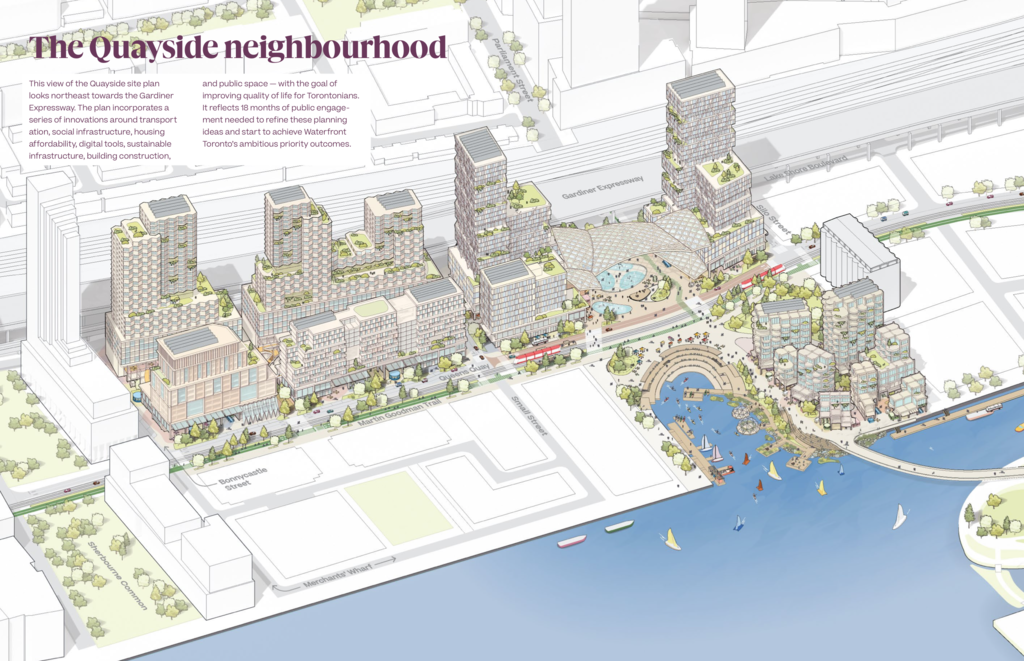 Quayside would be the first part of the project, and house 4,200 residents. The company is then proposing a partial redevelopment of Villiers Island, called Villiers West, that would house a 1.5 million square foot innovation campus. The nearly 20-acre Villiers West site nearby would be home to an expanded Google Canada headquarters, as well as a mix of residential and commercial space.

Data: Collected for convenience with a promise for privacy

Sidewalk Labs wants to collect data to make life easier for residents, employers and visitors. It has proposed the use of sensors, for example, to measure traffic, noise and temperature. 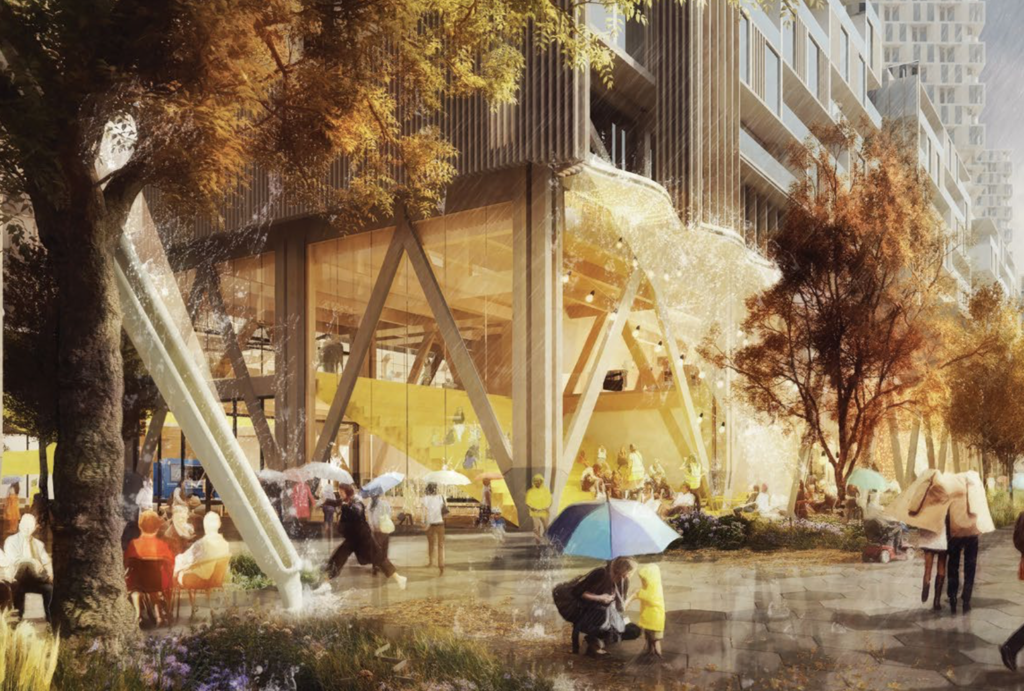 The development, which would incorporate extensive surveillance technology, has come under criticism over privacy issues as concerns about big technology companies increase. The company is proposing an independent data trust that it first announced last October. The proposed watchdog would oversee, analyze and ultimately approve any company that wants to collect or use urban data - including Sidewalk Labs, which has made three overarching commitments: No selling personal information, no using personal information for ads, and no disclosing personal information to third parties without explicit consent.

Timeline: A phase-gate process that extends into 2028

Sidewalk Labs has proposed a number of "earned, not guaranteed" milestones to achieving its vision. The steps include submitting a Quayside development plan before 2021; beginning construction on Quayside before 2022; submitting a Villiers West Development Plan before 2023; beginning construction on Villiers West before 2024; proposing innovation guidelines for the broader IDEA district by 2025; and requesting performance payments by 2028. 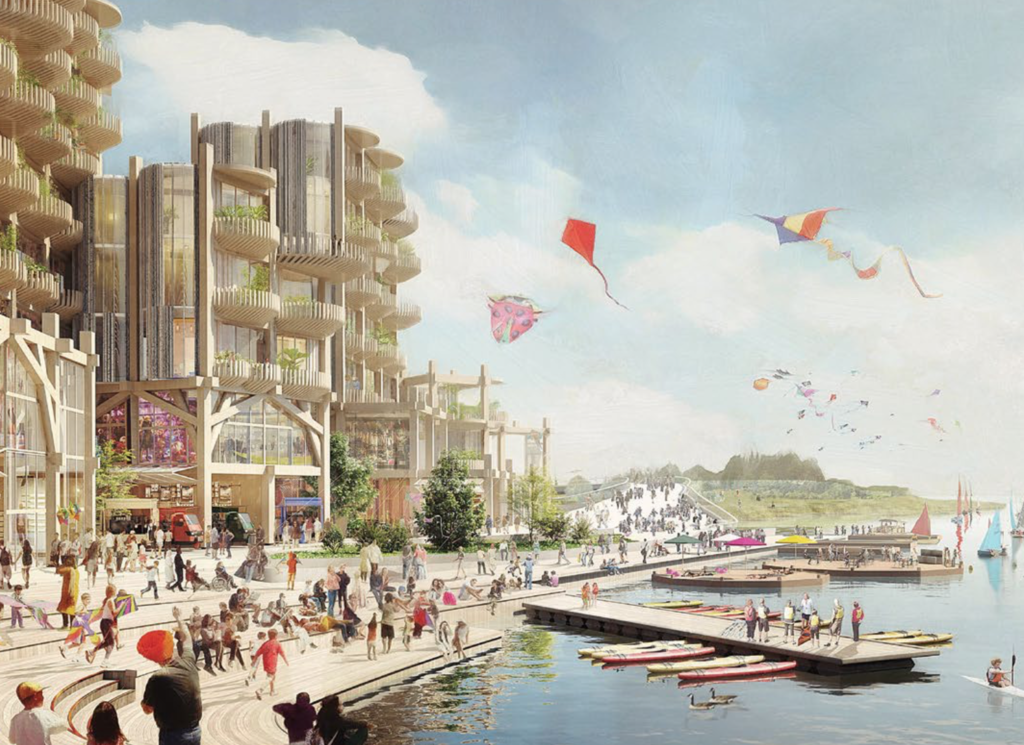 "To successfully achieve each stage gate, Sidewalk Labs would prove that its progress was consistent with Waterfront Toronto's priority objectives and demonstrate the effectiveness of its overall approach"

In its master plan, Sidewalk Labs outlined commitments including a $900 million equity investment that will form part of a $3.9 billion budget for both Quayside and Villiers West. 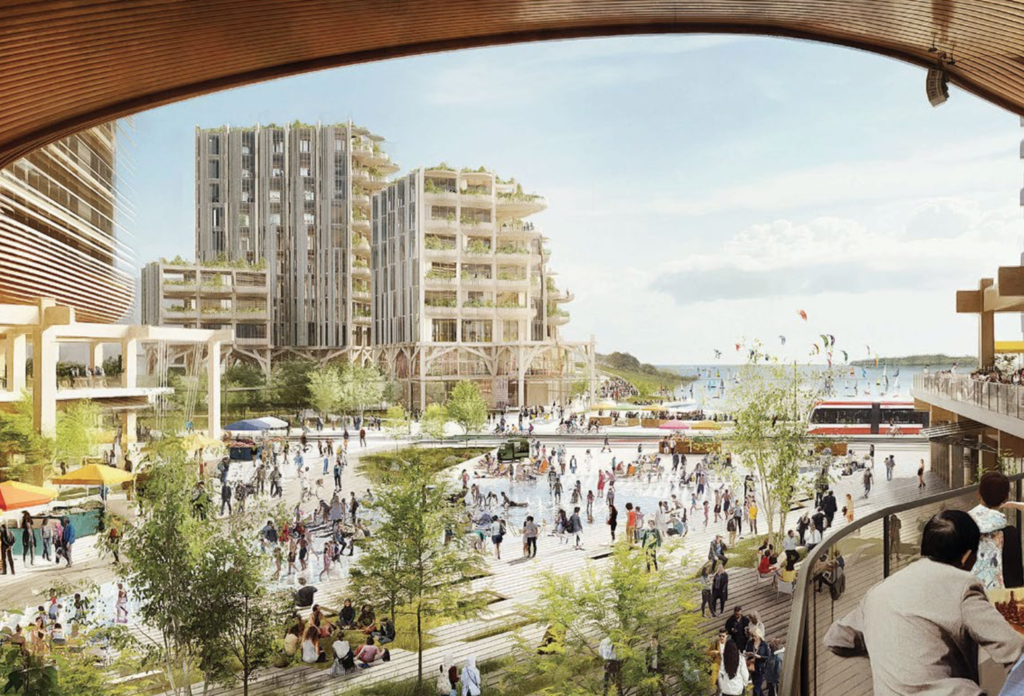 It's also proposing $400 million in optional financing to accelerate the development of the Light Rail Transit (LRT) that is needed to connect the area to the rest of Quayside. However, the company won’t pay the upfront costs of the transit project that’s critical to the its planned neighbourhood, meaning the public sector will have to come up with the hundreds of millions of dollars required to build the new rail line. Instead, the company proposes giving up to $100 million in “credit support” to help finance the project, to be repaid later at a low interest rate. The company is also suggesting performance payments, at the end of the project, based on the following statement:

Concerns around the grand scope of Sidewalk Labs' vision has been raised by Waterfront Toronto, a partnership between the City of Toronto and the provincial and federal governments.

Stephen Diamond, Chairman of the Waterfront Toronto board of directors, said there were some exciting ideas in the document, as well as "Waterfront Toronto must first see its goals and objectives achieved at Quayside before deciding whether to work together in other areas.” He also raised concerns about the company's proposal to be the lead developer at Quayside and about the required government commitments on things like transit, regulations, and funding before proceeding, and issues around data management.

"Should the MIDP go forward, it should be on the basis that Waterfront Toronto lead a competitive, public procurement process for a developer(s) to partner with Sidewalk Labs," Stephen Diamond, Chairman of the Waterfront Toronto BoD

Sidewalk Labs' draft of its Master Innovation and Development Plan is split into four parts. We've embedded each volume below for you to review and dive into the details:

Want to browse and view condos near Alphabet's Sidewalk Labs? Visit Dwelly, where you can search by buildings and see all Toronto Real Estate for sale. This link will take you directly to the map of the proposed neighbourhood's surrounding area. 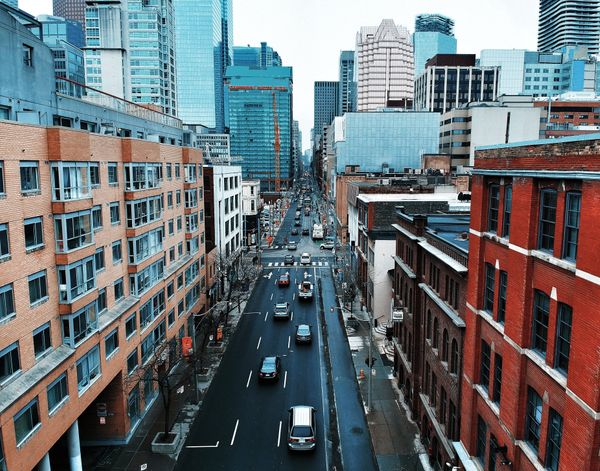 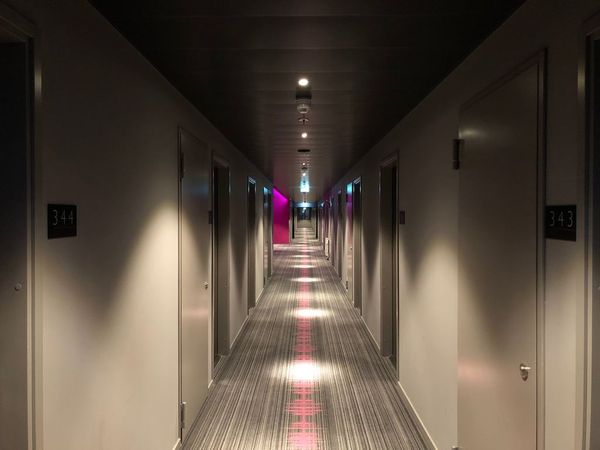 The Ontario government has announced the rent increase guideline for 2020, setting 2.2% as the maximum percentage a landlord can increase most tenants’ rent. This would be the highest increase in the